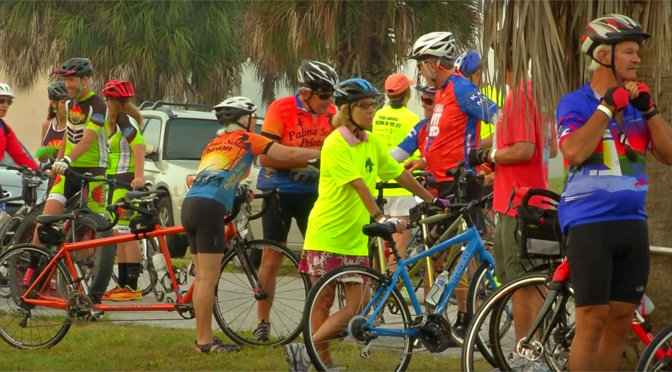 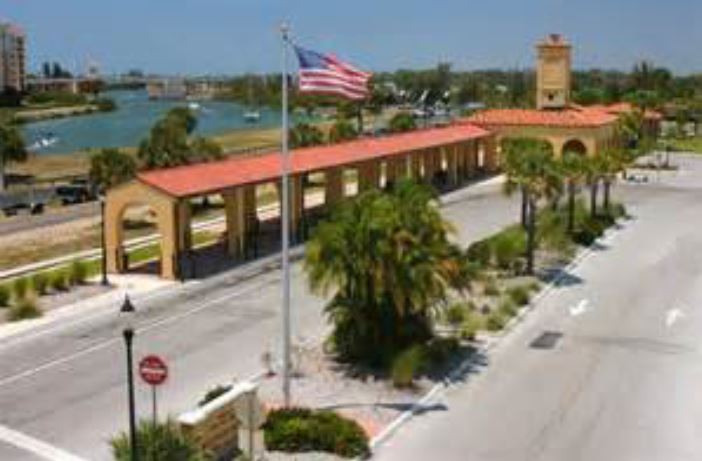 Your entry includes breakfast, lunch, rest-stops, SAG support, and a technical Tee shirt for the first 500 participants.  We are excited to be sponsoring this year’s ride with the Sarasota Manatee Bicycle Club, along with past sponsors Friends of Sarasota County Parks and Sarasota County Recreation and Natural Resources.

You may register for the Tour de Parks with one of the following three methods:

Need a Hotel Room the Night Before the Ride?
Bentley’s Hotel is offering Tour de Parks riders a special room rate of $125 for March 19th.  To get the special rate just tell the front desk that you are with Tour de Parks when you make your reservation. 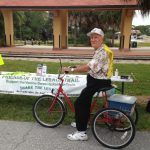 ave you noticed how The Legacy Trail is remarkably free of trash?  The vast majority of trail users follow the “if you carry it in, then carry it out” adage, or properly dispose of trash in designated receptacles along the trail.  Nonetheless, some trash inevitably  ends up along the trail.   When it does, we are fortunate to have dedicated users like Ralph who combine a trail ride with trail cleanup.  Ralph lives in a retirement community near the trail in Venice.  He rides two to three miles a day, five days a week, on his specially outfitted trike equipped with a trunk for carrying the cans and other trash he picks up along on the trial.  Ralph will be celebrating his 9th birthday decade in April 2016.   We can count on him to stop and chat for a bit as he rides past our FLT Information Table at the Venice Train Depot.

Please do your part – don’t leave your trash on the trail.  And the next time you see Ralph on the trail, please join us in thanking him for helping to keep the trail free of trash.  Ride on, Ralph!

The Friends of The Legacy Trail will sponsor an information booth from 9 a.m. to 2 p.m. to celebrate National Public Lands Day on Saturday, September 26, 2015 at the Oscar Scherer Park.  FLT has a special affiliation with this park – the park serves as a direct entry point to the Legacy Trail; and the park hosted the monthly FLT meeting for many years.  FLT will be one of some 30 non-profit groups with booths to talk about their community services mission and volunteer opportunities.   Besides free access to the park, there will be music and many kid friendly activities.  Bike-on down and join in the festivities.  It’s a great way to explore volunteer opportunities that you can join to help keep Sarasota as a great place to live, work, and raise a family.

Emily Ek won the July drawing for a bicycle prize as part of the Laurel Nokomis School – Summer Bike Ride Challenge sponsored by Friends of The Legacy Trail. The bicycle was donated by Sports Authority, 8372 S. Tamiami Trail, Sarasota.

Olivia and Jack Vidolin won Legacy Trail backpacks along with other students. The Summer Bike Ride Challenge is a pilot program with the Laurel Nokomis School to promote bike safety and family bike riding on The Legacy Trail. The school has kindergarten through 8th grade students and the school PTO received $500 for participating in the program. Students that signed up received a free bike helmet, a Legacy Trail tee shirt, and drawstring backpack for signing a safety pledge. Drawings for prizes are done at the end of June and July and include a bike, Legacy Trail backpacks and Legacy Trail canvas bags.  Students record their bike riding distance each month on the FLT  website.  Congratulations to all the young students who participated. Stay tuned for next month’s winners.

The Osprey Nokomis Chamber of Commerce Chat Radio recently featured  a segment on The Legacy Trail.  Radio hosts Rod and Kim Thomas took a break from running their very popular Bentley’s Boutique Hotel and attached Morgan’s Restaurant in Osprey, FL to talk with a few members of the Friends of The Legacy Trail – President Chuck Butterfield, along with Carla Martin, Roger Normand, and Darryl Lang.  Their lively conversation spanned the history of the trail, some of the popular trail amenities, and ongoing efforts to extend the trail 8 miles north to Payne Park in the heart of downtown Sarasota.  Tune in the discussion here.

Rod and Kim are enthusiastic supporters of The Legacy Trail.  We are grateful for their many diverse acts of generosity, including allowing the Friends of the Legacy Trail to host the public meetings at Bentley’s.  Thank you, Rod & Kim!

Many riders from this year’s Tour de Parks expressed their enjoyment of doing the ride, but asked for more advanced notification of the event so they can better plan their participation.  We heard you.  The Friends of the Legacy Trail have set the date for next year’s Tour de Parks on Sunday, 20 March 2016.  Next year’s ride will again feature 15, 37, and 62 mile fully supported rides traversing many splendid area parks and scenic vistas.  Click here for one riders’ perspective on the 2015 TdP.

Amendment 1 – the Florida Water and Land Conservation Amendment – was approved by 75% of voters in the November 2014 general election. This amendment was intended to restore historical, substantially higher funding levels to long standing programs to protect Florida’s water, wildlife habitat, natural areas and parks. The Amendment dedicates one-third of the funds generated from the existing Florida excise tax on land documents to acquire, restore and manage conservation lands.

Many media reports, including The Sarasota Herald Tribune, indicate that legislators are considering using Amendment 1 funds in place of operating funds at state conservation and park departments. Some legislators believe the state already owns too much public land and cannot properly manage it.  They propose to virtually eliminate the use of Amendment 1 funds for land acquisition.

Amendment 1 presents a potential funding source to support the Legacy Trail extension, as Amendment 1 calls for renewed state spending on recreational areas, along with water and land conservation and other related purposes.  The three rules of real estate are location, location, location.  If legislators believe the state has too much land, they should act to dispose of some of it, while moving to acquire other high value conservation and park parcels.

See the following talking points provided by Florida’s Water & Land Legacy, the coalition of conservation and civic organizations, businesses and concerned citizens who advocated for Amendment 1.

The time to fix this is short.  Contact your Sarasota area legislators below today.  The regular committee meetings end April 21, and the last day of the regular sessions is May 1st, so please act today.

Here is some suggestion text:

I am one of the 4.2 million people who voted in favor Amendment 1.

I believed when voting for the amendment that it would provide new, additional funding for Florida Forever, land conservation, springs and the Everglades.

Please support amendments on the Senate floor to use Amendment 1 funds as the bill sponsors originally intended, not as a substitute for existing operational funds.

I particularly support the possible use of Amendment 1 funds for efforts to extend The Legacy Trail to downtown Sarasota. 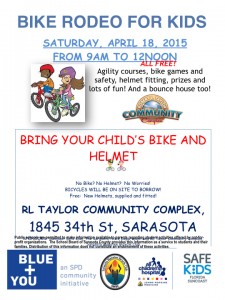 FLT is joining with the Sarasota Police Department to sponsor a bike rodeo for kids on 18 April 2015 at the Robert L. Taylor Community Complex, 1845 34th St, in Sarasota, FL from 9 a.m. to 12 p.m. There will be an agility course, bike games, and prizes.  FLT will offer free bike helmets and fitting for kids.  Florida law requires that all bike riders younger than 16 years of age must wear a properly fitted and fastened bicycle helmet.  Bring your kids and their bikes for a fun time.

We are proud to join the Florida House Institute as they host a family friendly Earth Day open house celebration on Saturday, April 25 at their newly renovated facility at 4454 Beneva Road, Sarasota FL.

Florida House will showcase the latest Florida specific technologies and strategies to achieve zero energy and barrier free accessible design for all stages of life. There will be live music and demonstrations ranging from solar energy to gardening and home cooking. FLT will also have a booth promoting the multi-use, non-motorized Legacy Trail 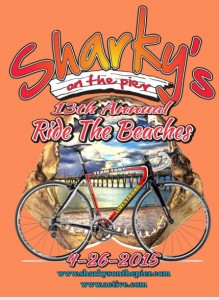 FLT is proud to support Sharky’s Ride the Beaches.  With over 1,000 riders, this is one of the area’s premier cycling events, with options to ride a 15, 35 and 70 mile fully supported course.  Sharky’s on the Pier is a very popular waterfront restaurant in Venice, FL.  The Ride the Beaches event supports severable charitable causes, including the Friends of the Legacy Trail.  You can register on line at Active.com by clicking here,