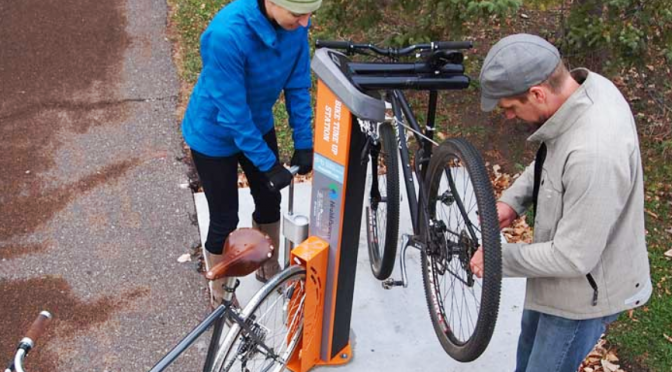 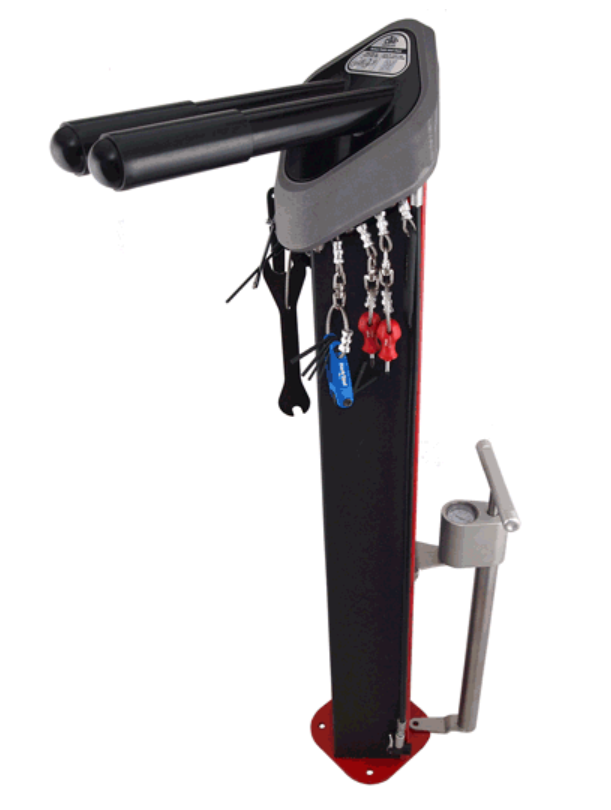 Sarasota County will be installing four bike repair stations on the Legacy Trail and more at other locations in the county. The four proposed locations on the Trail are: Osprey Junction Trailhead, Venice Train Depot, Laurel Park and Central Sarasota Parkway. Installation will begin in November.

The stations are the Bike Fixation Deluxe Public Work Stands.  They provide a full complement of repair tools and a bicycle pump with both Schrader and Presta valve connectors.  As shown in the picture above, there a two ways of supporting your bike while working on it. 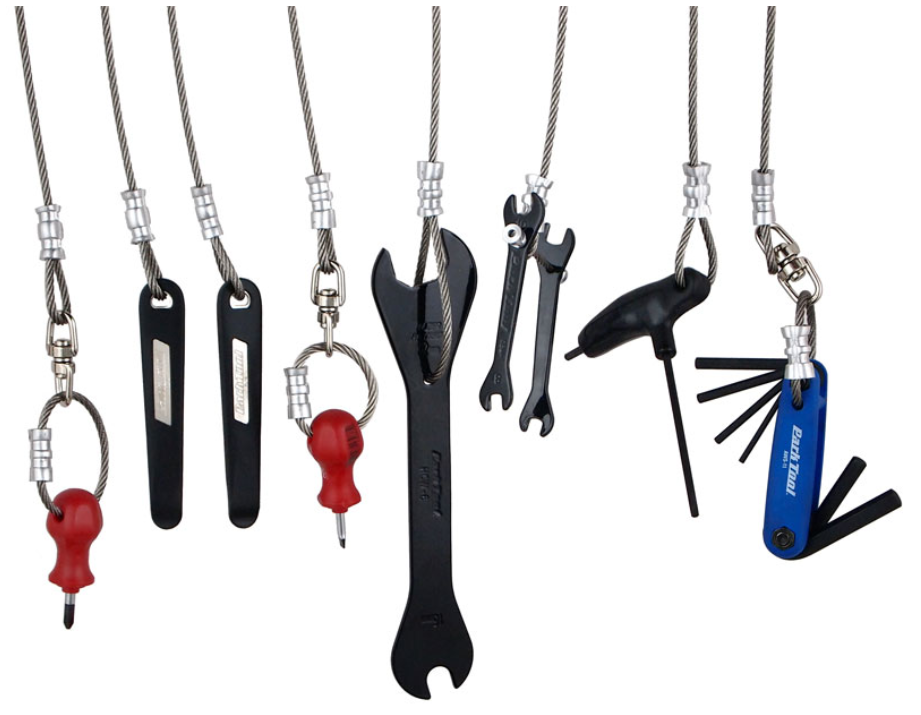 Special thanks to Patrick Lui, County Bicycle, Pedestrian and Trails Coordinator, for initiating and making this idea happen.  Also, thanks to Megan Donoghue, Parks Department, who will be assembling and installing the stations.

The new stations for Sarasota County have arrived and one was on display at the recent Florida Neighborhood Conference held in Venice on October 13: 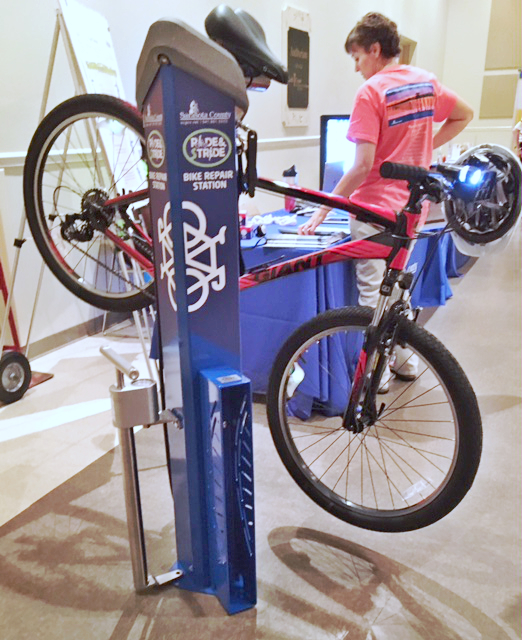 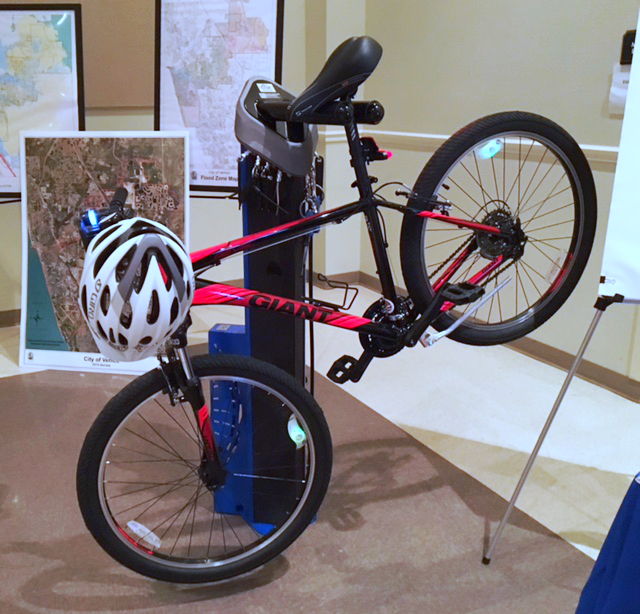 The last two photos were provided by Darryl Lang.  Previous images were from the Bike Fixation web site.