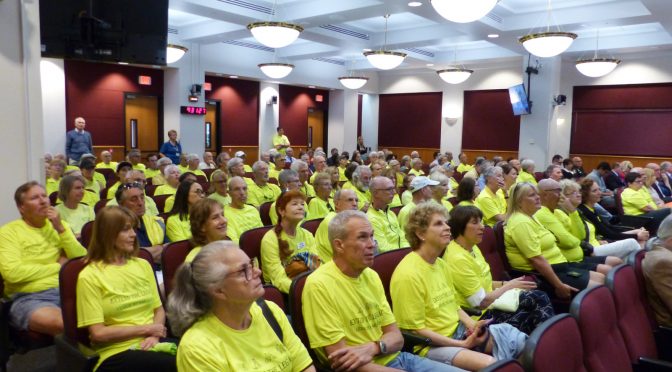 At their 2/15/17 meeting, the Board of County Commissioners (BCC) showed strong support for trying to find County funds to buy the right-of-way for The Legacy Trail Extension now, rather than wait for a voter referendum in two years.  They directed county staff to investigate all possible funding options and scenarios to get this done sooner rather than later.  County staff will report back to the Commissioners at their budget meeting this Friday 2/17/17.

In other good news, we learned that the Trust for Public Land has now signed a contract to buy the right-of-way land from CSX.  The current plan is for the land to be paid for in two phases.  The first half of the trail will cost $20M and the second half will cost $18M.  Completion of the sale is contingent upon Sarasota County finding funds to pay for the first half of the corridor by the end of 2017.

Thanks to everyone who wrote emails, made phone calls, and came to the BCC meeting to support The Legacy Trail Extension.  The Commissioners received over 300 personal emails and many phone calls supporting the Extension.  More than 100 supporters attended the meeting.  Your support helped to demonstrate the strong community support for the Commissioners to act now.