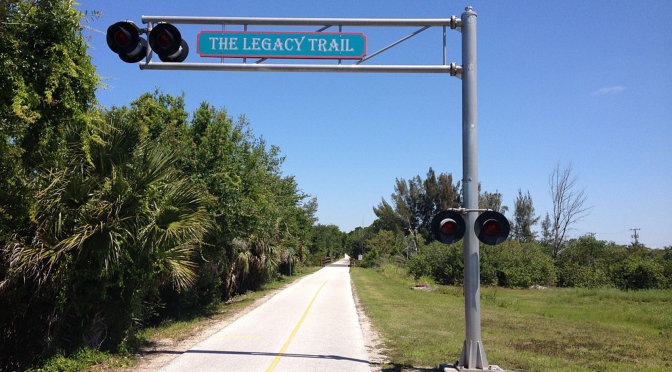 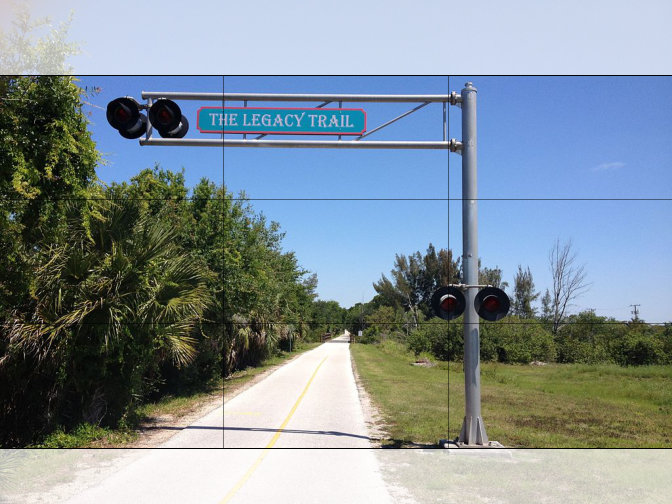 In a prior blog post, I talked about some of the changes coming to downtown Sarasota (namely, the construction of five new hotels), but I left out a very big change that really deserves a blog all to itself. I’m referring to the upcoming Legacy Trail extension that will connect the existing bike and walking trail that ends south of Clark Road to downtown Sarasota. If you’ve ever tried to get around Sarasota by bicycle during season, you would not exactly call the area “bike friendly.” With roads that are crammed to capacity with automobile traffic, there doesn’t seem to be much room for alternative transportation. But all of that is about to change.

Even if you are not a cyclist or into taking walks, you’ve probably heard about the benefits the Legacy Trail extension will offer our community: easier access to recreation, connectivity between communities and parks, an infrastructure that will encourage healthier lifestyles, and even a rise in property values near the trail. All great stuff for sure. Now factor in the new hotels and take into account that Ringling College in Sarasota produces some of the top computer design and animation students in the country (arguably the world) — then you start to see how this simple recreational bike and walking trail could be that “icing on the cake” to any tech-oriented business that’s looking at Sarasota as a possible place to break camp.

What specifically does a bike trail have to do with the computer and tech industry? The answer can be summed up in one simple word: millennials. An article by the National Association of Realtors highlights a big attitude change in the 35-and-under set toward transportation and the automobile in general. On average, the modern “young professional” grew up with computers and the Internet, is more conscious of both health and environment, and is considerably more thrift-minded thanks to heavier school debt and a Great Recession workforce arena. Urban environments that offer a solid infrastructure for bike commuting have tremendous appeal. According to Nerdwallet,“since 2000, the share of bicycle commuters in the country’s population has increased by more than 61%.”

For any modern business choosing what city to call home, a prime concern will be attracting talented employees; a big part of that will be the lifestyle offered by the surrounding area. With the Legacy Trail extension in place, commuting to a job downtown by bicycle will be a safe and enjoyable option for a large part of Sarasota. Among the many neighborhoods that will now have easy bike access to downtown include Sarasota Springs, South Gate Ridge, Bee Ridge, and Palmer Ranch.

The Legacy Trail extension could truly prove to be one of Sarasota’s greatest assets. With a bike-friendly infrastructure in place, a walkable downtown, easy downtown access for hotel patrons, a number of area colleges from which to hire young talent, and the beaches, restaurants, museums and other cultural attractions, Sarasota will hold tremendous appeal for both the modern tech startup and the millennial workers they will hire.

At the time of this writing, we are still possibly a few years out from the completion of the Legacy Trail extension and there could always be roadblocks ahead for its construction, but judging by the enthusiasm of both the local populace and the county for the project, the future of the Legacy Trail Extension seems very solid. If you would like more information on the Legacy Trail project or want to find out how you can get involved, the following websites are great places to start:

If you want to get in before the rush and are curious about buying or selling property along the Legacy Trail, please give me a call!