Traveling from Downtown to St. Armands is about to Get Easier for Cyclists, Runners

Traveling from downtown to St. Armands is about to get easier for cyclists, runners 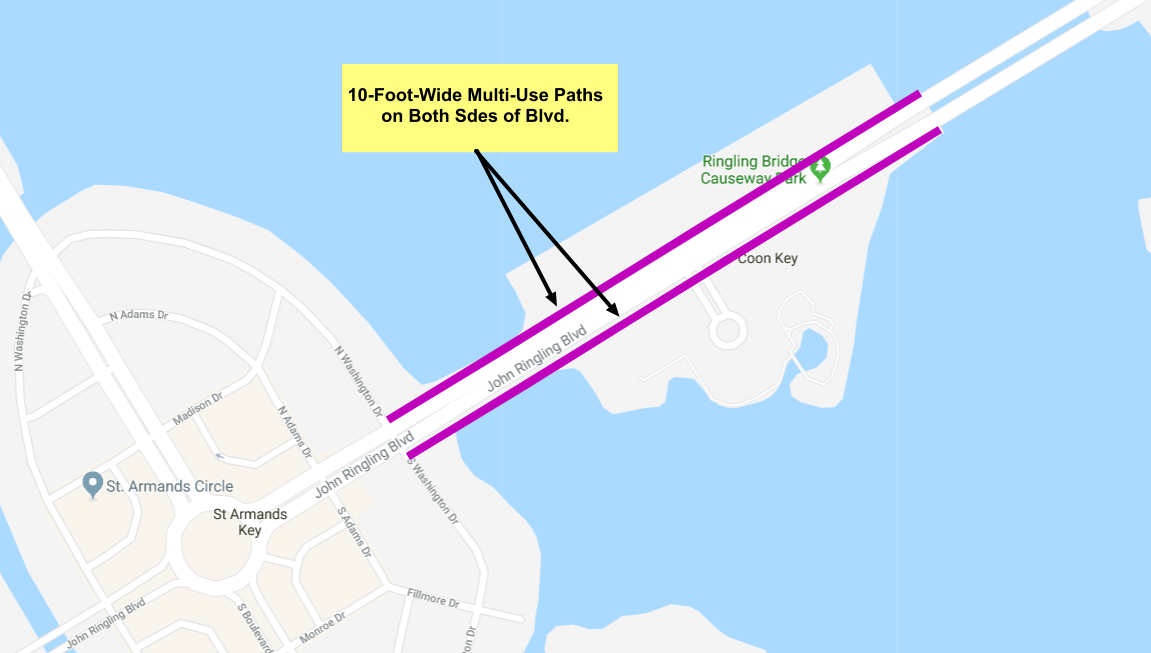 From this Herald-Tribune article:

The City Commission on Monday unanimously approved improvements to half a mile of the multi-use recreational trail spanning John Ringling Boulevard between the eastern foot of the Coon Key bridge and Washington Drive that will widen sidewalks to relieve congestion and make travel along the trail safer. The trail enables cyclists and pedestrians to travel to and from the mainland and St. Armands Key.
The multi-use recreational trail on Coon Key is part of the future Gulf Coast Trail, Ohrenstein said. The Gulf Coast Trail is supposed to fill in gaps between several existing trails, such as the Pinellas Trail and Sarasota County’s Legacy Trail. If accomplished, it will extend across seven coastal counties and link 250 to 300 miles of existing and future pathways.
instagram-150px
Trail Usage Last 12 Months
648,296
(Click for Details)