Thanks to all who responded to this year’s online survey.  A total of 102 people responded, primarily cyclists:

We currently have three automatic counters on the trail and the number of trail users is calculated from the counts using either a statistical method or the recently developed Counter Graph Area Model.  For both models the calculated number of trail users depends strongly on the average distance traveled on the trail.  For a given counter result, the predicted number of users increases with a decrease in the average distance traveled.

Since our last survey in 2016 the southern extension of Honore Avenue has opened, creating the opportunity for a loop ride going only one way on the trail.  In addition, recent road and bridge construction has perhaps resulted in shorter trips and encouraged loop rides using Honore Ave.  This year’s survey results confirm this change in behavior:

The following graphs show the percentage of trail usages starting at the various trail access points.  The two graphs compare the results of the 2016 survey with the current 2018 survey.  One of the main changes is that the bridge construction at Laurel Road has reduced usage of that access point to almost zero.  Also, according to this survey, about half the usages of The Legacy Trail and Venetian Waterway Park start from Central Sarasota Parkway to the north end of the trail. 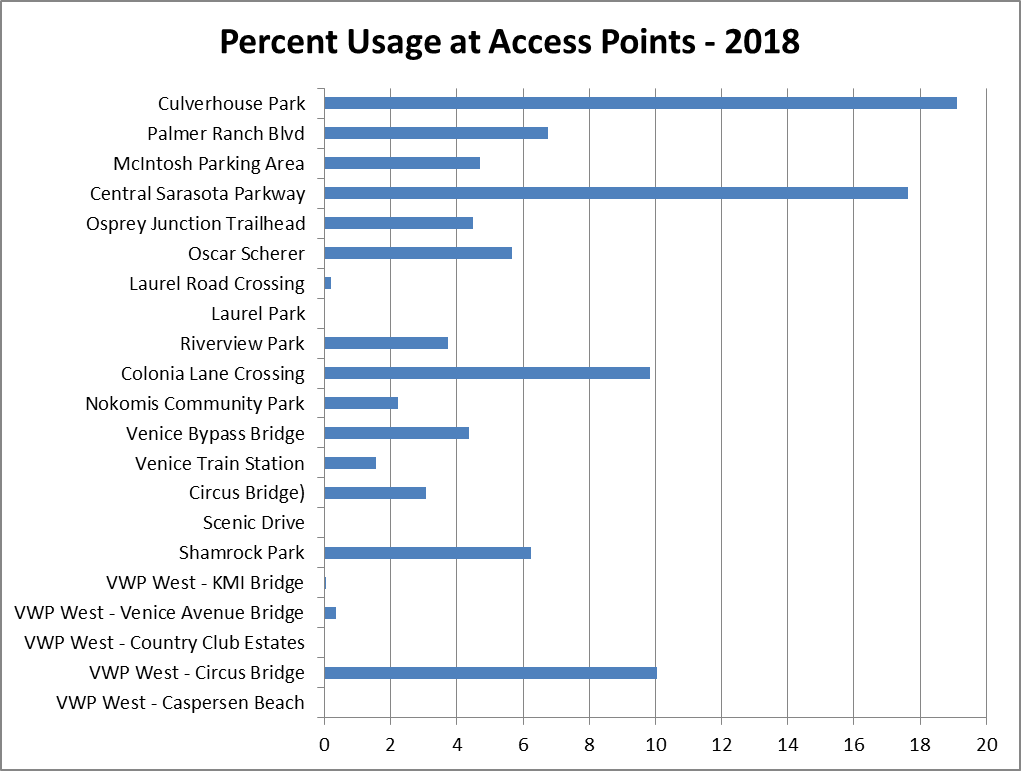 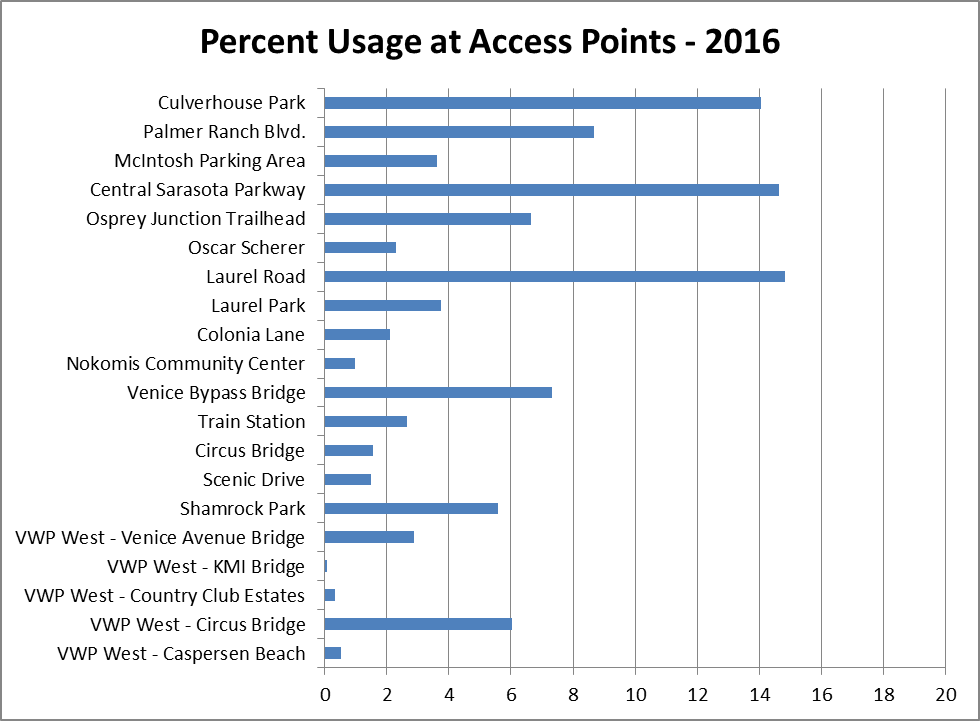